Virtue Beyond the Paradigms

In Ethical Empowerment: Virtue Beyond the Paradigms I present an ethical theory designed to encourage ethical thinking from multiple perspectives that go beyond ideology, dogma and rigid or inapplicable rules by returning to the principle of universal love. The result is an ethical framework for unconventional ideas and research that challenges traditional beliefs that are vested 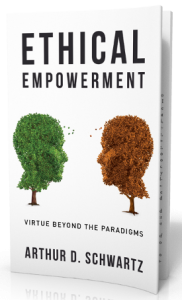 The book was originally conceived in the form of a hypnotic metaphor, and this intention is preserved in the sections on “hypnotic thinking,” which can take the form of hardened thinking and the employment of preconceived concepts, dogma and ideology. There is no question that much of our conscious lives are left relatively unexamined. Lessons learned and absorbed through cultural, political, educational, media and many other influences tend, for the most part, to be unquestioned. But as Socrates famously said, “The unexamined life is not worth living” and I believe that one of the most fundamental roles of philosophy is to help snap us out of the “trances” we are prone to enter and fall into so deeply so that questioning, reflecting and examining the deeper essence of our morality and ethics gets blocked or, perhaps, never enters the mind.

When it is analytically considered, philosophic or universal love as the basis of morality can break these hypnotic-like trances or prevent us from falling into them in the first place. Fortified with an analytical conception of love as the essence of morality and ethics, it is possible to examine difficult moral conundrums and seemingly intractable social, economic and political issues from new perspectives. Ethical Empowerment is designed to engage the reader and spark healthy debate. Among the many issues that are discussed and critiqued–in light of the ethical theory developed, are the current monetary and economic systems, the potential abuse of scientific paradigms, the possible suppression of discovery and invention, and the dubious virtue of political parties. From the perspective of a love-based ethics, I argue that a long-term view of a peaceful and flourishing world is not merely possible but may, with time, become inevitable. 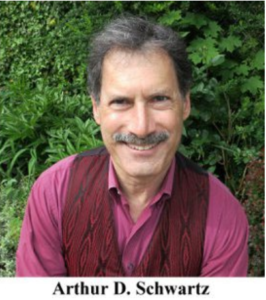 dogma and other types of belief that become barred from examination occupy more than half of the book. Some of the leading topics include the nature of social entitlements, the divisive nature of political parties, a critique of the income tax, and the nature of public and private property. I further discuss controversial issues concerning the evidence, or lack thereof, for some conspiracy theories and the possibility that there has been suppression of paradigm-shifting technologies. And many other issues are discussed as well. The question could be asked, “What do these issues have to do with hypnosis?” My reply would be that, just as with individuals, beliefs have the potential to both free and imprison the mind. In individuals, beliefs that invoke fears and knee-jerk resistance to opposing points of view can create deep dysfunction in a person’s ability to be productive or to live a happy and joyful life. Does it not follow that collective fears, preconceptions and biases of the greater society can, similarly, negatively impact its success and flourishing? The interior and collective minds blend and interact with each other, and this actuality is the basis of the hypnotic metaphor that was the original inspiration of Ethical Empowerment: Virtue Beyond the Paradigms.

Ethical Empowerment is available in hardcover, paperback and ebook editions. Available on Amazon.com,
Barnes & Noble and other online bookstores. Or ask your local bookstore to order it!